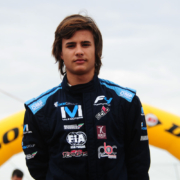 Giovanni Minardi is happy to welcome Valentino Mini, the promising young driver of Panama’s Motorsport.  Starting this year, the promising young driver born in Caracas in 2006, the son of an Italian father and Argentine mother, will be followed by the manager from Faenza who will make available his experience accumulated in more than 30 years of career that began in 1996 in the ranks of the Minardi F1 Team founded by his father Gian Carlo Minardi, in the role of Manager of Logistics for tests of the team from Faenza reaching the position of Team Manager.

With 340 Formula 1 grands prix to its credit the Minardi F1 Team worked constantly alongside young champions taking to their debuts, amongst others, the 2005 and 2005 World Champion Fernando Alonso, the Italians Pierluigi Martini, Giancarlo Fisichella, Jarno Trulli. Alessandro Nannini, the Argentine Esteban Tuero, the Australian Mark Webber, as well as many engineers. Working with young drivers has always been part of the Minardi family’s DNA and with Valentino Mini Giovanni continues this important tradition by giving the start to an ambitious path that has as its objective reaching Formula 1.

After several seasons in the world of karting with more than 120 trophies under his belt, including the titles of the Pan-American and National Champions, in 2020 Valentino took his first steps in Formula 4 and in 2021 he took an important third place on Mexico City’s “Hermanos Rodríguez” circuit on the occasion of the F1 weekend, at the invitation of FIA’s President in Panama, as well as taking pole position and setting a new record on the Cordoba track and second place in the final of the  Formula 4 FIA Argentina last December.

Giovanni Minardi “I am very pleased to be able to start this collaboration with Valentino who has already shown his qualities at speed in both karting and his first races in single seater racing cars. We are working hard on the 2022 programme which has as its objective full time employment in Formula 4. We are looking at the championships both in Europe, including Spain and France, and overseas, and also to organize some test days in Italy to make contact with the main tracks”

Valentino Mini “I am very excited to be able to count on the support and backing of Giovanni and Minardi Management knowing that they represent a Team and a brand with an important past in F1. Until now I was alone with my dad. Now I see my childhood dream of Formula 1 coming closer”

Valentino Mini joins Karol Basz, the reigning World Lamborghini Super Trofeo Champion, Giacomo Pedrini, Mattia Bucci, Nicholas Pajutti and Thomas Baldassari trying to follow in the steps of fifteen year old Kimi Antonelli who is already in the orbit of Mercedes AMG thanks to the work carried out with Giovanni Minardi in order to bring the nation of Panama to the peak of Motorsport.del Motorsport.

MINARDI “HANDS OFF THE TARGA FLORIO”
Scroll to top