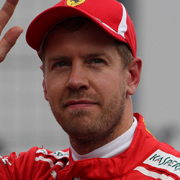 Having put away the French grand prix, we are entering a hot month of July with four grands prix within five weeks. It will begin this weekend in Austria and then go to England (July 7-8), Germany (July 21-22) and Hungary (July 28-29). It will be true tour de force for the teams and drivers, at the end of which we will have an important picture of this world championship.

In addition to Mercedes’ supremacy, at Le Castellet we saw a race full of errors, beginning with Sebastian Vettel who, with his fifth place, left behind important points in the light of the world title. Ferrari’s German driver was too impetuous when he tried to overtake Bottas at the first curve which ended with a touch and a 5” penalty. He must remember that he is a four times world champion.

In a world championship that is so much on the limit it will be the errors that make the difference, Seb has already played all his bonuses and finds himself behind his direct rival with a gap of 14 points.

We must also take into account the growth of Red Bull which is supported by a fantastic chassis that partly makes up for the deficiencies of the Renault power unit. With the passage to the Honda engine the handicap of the motor will be felt even more but it will still be the arbiter of this world championship by taking away important points and places on the podium from Vettel and Hamilton.

It will also be a hot month for the second rank teams led by Renault, in front of McLaren. Force India, Haas and Toro Rosso which comes from two difficult weekends which ended with no points unlike Haas which is growing, but is off and on, despite Grosjean who is still “dry” and Force India which is on the comeback trail but troubled by non technical issues.

The Red Bull Ring is a demanding track that is full of pitfalls with the gravel at the edges of the track that is characterized by an undulating surface, fast curves, long straights and demanding braking in which the weather is an important factor. On the tyre front, Pirelli will bring the Softs, SuperSofts and UltraSofts with the Ferrari drivers choosing 9 sets of the softest mix against the eight of Mercedes and Red Bull. We predict a race with different strategies.

Super Trofeo, Three from three for Karol Basz who made his mark at Misano with...

F1 |Gp Austria, THE POINT by Gian Carlo Minardi “It was the weekend of...
Scroll to top