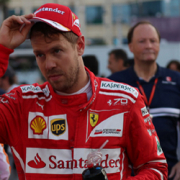 The episodes of the controversial grand prix at Azerbaijan continue to keep centre stage. The numerous excursions by the safety car contributed to the final result, together with the pit stop strategies and especially the contact between Sebastian Vettel and Lewis Hamilton.

“Vettel was surely wrong to react. The images are clear and the stop and go penalty was more than just, in fact the Ferrari driver was also let off. The four times world champion, like the German cannot allow himself to lose his head by committing a clearly unsportsmanlike act,” was the determined analysis of Gian Carlo Minardi.

“Seb should have immediately contacted the team to tell them that Hamilton had not respected the regulations and to then contact Charlie Whiting,” continued the manager from Faenza who explains why the Mercedes driver should also have been punished, “The regulations are clear. Between the safety car and the first car there cannot be a space of more than ten cars. In addition, from the moment that the safety car switches off its lights restarts are not allowed.” Instead, Hamilton on the occasion had willingly and clearly slowed down, going against regulations, as happens on nearly every occasion.”

The manager from Faenza also drew attention to the episode that became decisive in the final result.

“It seemed very strange to me that Vettel’s penalty arrived with such a delay, considering the interruption to the race and at the same time as the technical problem suffered by his principal opponent.”

“Despite its technical superiority Mercedes is not error free and Ferrari must be able to take advantage even of these opportunities and the fourth place at Baku represents a positive result for Vettel who obtained a slight increase of his lead, At the beginning of the race and above all after qualifying it was almost unthinkable imagining of such a result,” concluded the ex constructor.