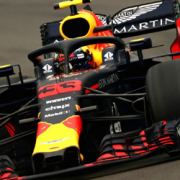 Congratulations to Lewis Hamilton who won his fifth World Championship in Mexico. The extraordinary result came in Mercedes’ hardest weekend that saw a perfect Max Verstappen win in front of the Ferraris of Vettel and Raikonnen (a pity about Daniel Ricciardo). It was a decidedly important result for the “red cars” that let it keep the Constructors’ title open, even if personally I think that the comeback is very complicated, if not impossible.

The race, tight and not easy as can be seen by the gap between the drivers in which the tyres were once again the protagonists, must make the men from Maranello think, especially about the too many errors made during the season, which is coming to an end with a few too many regrets. Well done Vettel who, after the race, praised his rival on a Sunday in which he managed to interrupt his negative period.

Amongst the second rank teams Renault consolidated fourth place, an important result in light of the future, and with Sauber that leaped over Toro Rosso to take eighth place thanks to the seventh and ninth places claimed by Leclerc and Ericsson. The duel will continue in Brazil and Abu Dhabi.

GT Italia | Karol Basz on the podium at Mugello as well with Imperiale...