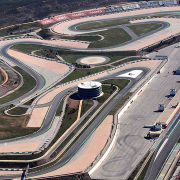 Formula 1 makes its return to Portugal for the twelfth round of the World Championship. However, on this occasion the circuit hosting the racing cars will not be Estoril but rather the new circuit of Portimao that was inaugurated in 2008.

Only Verstappen, Giovinazzi, Leclerc, Stroll, Albon and Norris (the latter on the occasion of an F1 test) have had the opportunity to test it on a race weekend. It is a demanding track in which you need to find the right compromise of speed and aerodynamic load since it is characterized by various natural ups and downs, straights and high performance bends. Pirelli will bring the three hardest compounds (C1-C2-C3) but during FP2 there will be a hint of 2021 with the new compounds.

On the weather front the influence of the Atlantic Ocean could make itself felt but I do not think that Hamilton will struggle to take his 92nd win.

In addition to the show on the track it will also be necessary to follow the movements at the back of the pits with the latest developments on the drivers’ market. Keep an eye also on movements on the managerial front with Mercedes’ President Ola Källenius determined to increase his decision making power on the team. This could open a number of scenarios. Of course the unknown factor of the engines remains to be resolved after Honda’s departure.

There a various ingredients to better experience the new round of the World Championship as we await Imola.