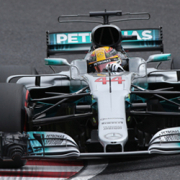 Waking up this morning was not a happy experience for our friends who are Ferrari fans. They expected a quick comeback and instead came Sebastian Vettel’s second retirement in three races. The Suzuka retirement was possibly more painful because it was a sort of last stand to try and keep open the world championship and to contest Lewis Hamilton who is racing to save his Mercedes on consideration of the final races.

Ferrari is paying, with its reliability, the great steps forward in the development of the power-unit and aerodynamics. Ferrari has shown that it is competitive, even if it does concede some tenths of second in qualifying to its direct rivals, but it does have a say in setting the rhythm of the race. Instead, the team that profited was Red Bull who filed away another two podiums by closing the race by placing second and third in front of Valtteri Bottas and is getting ready to go on the charge for second place in the constructors’ title at the expense of the team from Maranello which ended the weekend with an advantage of only ten points after the fifth place by Kimi Raikonnen who committed some errors. The Finn paid the price for the team startegy and for the penalty of five positions for the change of gearbox. He delayed the pit stop to slow Verstappen and in fact removed him from the struggle for the podium. Obviously his role is that of second driver.

There are still four races remaining and the mathematics still do not condemn Arrivabene’s men, but it would take a real catastrophe to stop the triumphant march of the British champion and the German battleship. Ferrari must keep working to quickly resolve the problems of reliability that are assailing the SF70H, by exploiting the final races in consideration of the lack of tests, above all with an eye to 2018.

A word of praise for Force India which continues to surprise by bringing two cars into the points zone and in front of its direct rivals confirming its fourth place in the constructors’ title. On the other hand Carlos Sainz will replace Renault’s Palmer beside Hulkenberg in two weeks time at Austin with Kvyat returning to Toro Rosso. It is probably a move dictated by the commercial agreements between the two parties, but I do not agree with this move at this time of the season with Toro Rosso committed to defending sixth place as it tries to go on the charge against Williams.

F1 | Gp Japan, Minardi “Vettel must find his peace of mind once more...