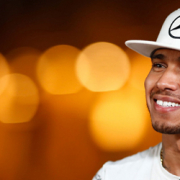 As we await Thursday’s presentation by Mercedes, Lewis Hamilton’s statements hold the lime light. The three times world champion has declared that he is not willing to share his telemetry with new team mate Valtteri Bottas who replaced Nico Rosberg.

I do not agree with this and I find the decision and his attitude absurd. As already happened last year, one of Formula One’s highest paid drivers has put down his employer’s work and decisions which would place him at the peak of the sport. We are talking about a team which put together 51 wins in 59 grands prix. For Niki Lauda and Toto Wolff the priority is the constructor’s title, just as I find it unlikely that the engineers of the two cars do not compare the data gathered on the track. We are faced with a complicated season that will be conditioned by important changes to the regulations. For this very reason the team’s programme must take be more important than any single driver’s.

After Nico Rosberg’s retirement Mercedes was forced to back Hamilton who has been flanked by the Finn with a one year contract (with an option for a secondseason). In other circumstances the case would have been very different.

I never had the chance to work with a star, but within the Minardi team we all worked together to make the best use of and to improve the material available to us. Everything was directed towards the result.