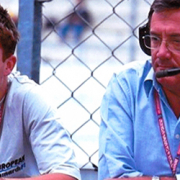 On Sunday at Abu Dhabi Fernando Alonso will race his final Formula 1 Grand Prix after his debut in 2001 with Minardi, a 17 year career, 2 world championships and three just missed. From 2019 the Spanish driver will write a new chapter by chasing the 500 Miles of Indianapolis.

The last few years with McLaren gave little satisfaction and did not give the results he had hoped for and which he would have deserved but compliments were not lacking from colleagues and others who work in the Circus. We wanted to talk on the telephone with the man who brought Fernando Alonso to the Formula 1 Circus, Gian Carlo Minardi.

“I was present at his first test with Minardi in 1999 after his win in the Nissan World Series, at his first Grand Prix in Melbourne in 2001, again with Minardi, but I will not be present at Abu Dhabi because I am convinced it will not be his last Grand Prix. The race at the Emirates will only be a see you later,” commented the manager from Faenza.

“I wish him the best of luck in his next challenge and I tell him to enjoy himself since he still has a lot to give and receive from this sport,” concluded Minardi.

F1 | MINARDI "Hamilton has grown even more"
Scroll to top