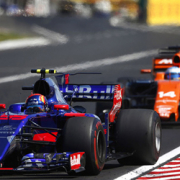 For Red Bull’s satellite team it would have been an important opportunity since together with the Honda power unit there would have been some important liquidity (as well as the driver Nobuharu Matsushita). In addition, they would have counted in an official motor. An absolute first for Faenza.

“Everything will remain unchanged in 2018. Toro Rosso will continue with Renault respecting the contract in force and Sauber with Ferrari. According to the last words by President Marchionne, Sauber could become Ferrari’s Junior Team. The negotiations between Toro Rosso and Honda were solid, but the Japanese seem to have tired of the constant to and froes. It would have been a great chance for TR being finally able to count on an official engine with a good input of liquidity”