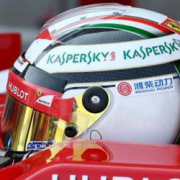 We saw a very performing Ferrari at Spa-Francorchamps. Fernando Alonso poured out all the determination and anxiety gained over the past weeks on the Belgian track, displaying all his qualities.

Red Bull’s advantage on the Italian team is still big (46 points), but the Maranello-based team is going to the right direction. Silvertsone testing can be considered as the keystone, as Gian Carlo Minardi tells us “I hope that at Monza Ferrari will be as performing as it was at Spa. Last Sunday we had confirmation of the F.1 hierarchy, Red Bull is ahead of all other teams and Ferrari is determined to run after the Austrian team. The driver test run by the rookie test driver Davide Rigon, have given further evidence of how important tests are for a F.1 team. During the three-day-testing, all data gained by the three main divisions (track, simulator and wind tunnel) were ordered.

Monza and Singapore will be decisive for the season’s goals to be set “Ferrari has to make a great effort in order to decrease the disadvantage with its main rivals. The Italian audience can support the team in doing its best. The Italian team has returned to be the World Championship’s second team in Belgium, but it’s still behind Red Bull and Mercedes in the constructors’ championship. At this point, Massa’s contribution is needed”, ends Minardi.