Blog - Latest News
You are here: Home / F1 / GP BAHRAIN, THE POINT BY GIAN CARLO MINARDI “IF THIS MERCEDES IS IN CRISIS T... 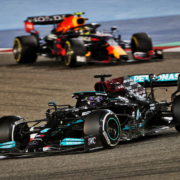 The Formula 1 season began with all the conditions for witnessing a thrilling championship. The tussle between Mercedes and Red Bull was very good with the latter confirming the positive trend of the end of the 2020 season by putting onto the track a further step forward helped by the Honda engine. Perez’s fifth place after starting from the pits is a further signal on the quality of their package.

But let’s be careful. If this Mercedes is in crisis then there is little to be calm about since they have always shown a very great capacity for reaction even if they made a mistake in the pits with Bottas, nullifying a possible double.

It is not clear what happened in the final laps with the overtake and counter overtake between Hamilton and Verstappen, also because the Dutchman was no longer able to attack the Mercedes driver. I absolutely did not like the decision of the race management to use two measures between qualifying and racing by deciding to not penalize the cut at curve 4. It is surely a terrible lesson.

We will file away a very tactical and technical first race. McLaren, which adapted very quickly to the Mercedes engine, also continues its growth by just missing out on the podium with Norris.

Despite the almost 60” delay paid in comparison to Hamilton and Verstappen Ferrari brought home a positive result, especially if compared to what happened only three months ago with Leclerc tenth a lap behind. Especially in qualifying the car has made a most important improvement even if the road is still long but positive signs can be seen.

Fabulous Yuki Tsunoda who marked his debut in the World Championship with the first two points ahead of a good Stroll. It was a decidedly negative weekend for Sebastian Vettel, the protagonist of two serious mistakes.

The World Championship will now move to the Imola track onto a demanding track that already gave us a good race last year. Too bad that it will be behind closed doors once again.