Blog - Latest News
You are here: Home / Minardi Team / After Indianapolis….a little bit of the Minardi Team even at Le Mans 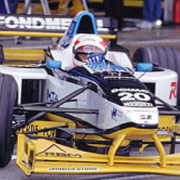 The 90th edition of the 24H of Le Mans, the most charming competition of covered-wheel- motorsport has started. Along with the Montecarlo F.1 GP and the Indianapolis race, the 24H of Le Mans is the most expected event of the year by car racing enthusiasts. It’s a thrilling and stressful weekend for drivers, teams, engineers, mechanics, cooks, as it’s like running a whole season. The event is arranged in details. At Le Mans nothing is left to chance.

“I remember with pleasure that many of my drivers won this eminent race”, says Gian Carlo Minardi. It is just like this. In the history of motorsport, the Minardi Team was able to launch many drivers into F.1. Many of them achieved great success also outside F.1, it’s the case of Paolo Barilla (1985 with a Porsche 956), Michele Alboreto (1997 with a TWR-Porsche WSX-95), Pierluigi Martini (1999 with a BMW V12 LMR) and Marc Gené (2009 with a Peugeot 908-HDI FAP).

The first seven drivers took part in the F.1 Championship alongside the Minardi Team, while Tom Kristensen drove the Minardi M197 as a tester in 1997, with the aim of taking part in the 1998 F.1 season. Because of some financial issues he didn’t manage to fulfill his dream.

GOOD LUCK to these 9 excellent drivers!