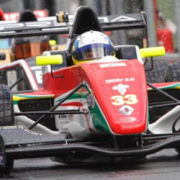 “Backstage”, our column dedicated to the world of preparatory series, those Championships which are the backstage of F1 and have the important role of discovering and preparing future racing champions, will start again.

Let’s have a look at the Formula Renault, Alps and WSR 3.5 Championships’ first racing weekend which took place on the tracks of Vallelunga and Monza. Each racing weekend will be commented by the long-experienced manager Giovanni Minardi.

“As expected, the Formula Renault Alps saw the supremacy of the three Prema drivers Bonifacio – Ghiotto – Fuoco. I’m expecting an interior fight to be delivered throughout the Championship. Who will be able to better manage the outcome, making as less mistakes as possible, is going to win the title. Since there are so many participants, recovering will be so difficult. The 16-year-old Fuoco had a very brilliant start of season, finishing 2nd and 1st in the two races. Antonio made the most of all the work done over the past season, during which he occasionally took part in the F.Abarth free practices driving a Tatuus of the Federation. Luca Ghiotto delivered a very good performance, as well, finishing 5th and 2nd,” Minardi says “ I would have expected something more from De Vries, a McLaren driver, who was beaten out by the guys coming from F.Abarth and Kart.

Prema Team is the favourite team for his achievements and for the drivers “ Among opponents, much attention has to be paid to De Vries (Koiranen), to his teammate Silva , to Euronova’s driver Sasahara , to Ramsay who’s coming straight out from F.Abarth and to the Italian driver Kevin Gilardoni. Positive start also for BVM, despite the team did only little pre-season testing.”

38 cars took part in the opening event of the European F.R.2.0 Series at Hockenheim, where three different races were won by three different drivers “Three races and three different winners, this is a sign of how much competitive the Formula Renault Nec is. The main actors would be Esteban Ocon, Oliver Rowland and Andrea Pizzitolla, the three drivers of the three best teams (Art Gran Prix, Manor MP and Fortec). Unfortunately, even in this championship we can notice that Italian drivers are missing. The only Italian driver is Ignazio D’Agosto, who had an unlucky start; I hope he will uphold the honour of the Italian flag throughout this difficult racing season. As far as teams are concerned, it is worth to mention the debut of JD Motorsport, the team from Novara, who ruled the Italian F3 championship with its driver Riccardo Agostini in the past season. The team delivered a good performance; I hope they’ll uphold the reputation of Italy scoring great successes among so many foreign teams.”

In the World Series by Renault 3.5 championship, Vandoorne and Da Costa shared the highest step of the podium in the two races “Our expectations were all fulfilled. Da Costa is the man to defeat, especially in consideration of the excellent performances delivered over the past season, when he entered half a season. Seeing Vandoorne we have the confirmation that who manages to take over in the Eurocup 2.0, manages to deliver good performances also at the wheel of the Dallara in the WSR 3.5. At the moment, I don’t see other drivers whose performance level is as high as his, except Sorensen, Pic and Magnussen who will be the balance.”

Even this year the “made in Italy” scored a sad record. The closer we get to the pinnacle of motorsport, the more difficult it is to find Italian drivers “Our drivers can hardly find sponsors. If we have a look at the GP2 and WSR 3.5, we notice that many drivers are directly supported either by their parents or by multinational companies such as Red Bull. Outside Europe there is someone who still wants to invest; this doesn’t happen in our country. Only in the Auto GP Championship, which is a “low cost” one if compared to WSR or GP2, we can find Italian drivers. Many people, disappointed by the difficult economic situation, decide to make a career in the karting. If Fuoco himself hadn’t entered the FDA, he would have continued to run with the kart; it would have been a pity, as I think he will be long talked about “, the manager form Faenza says in the end.

Chinese GP– Everyone in a chase for Red Bull