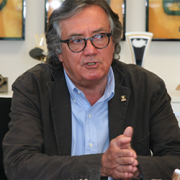 We are still two months away from the Melbourne Grand Prix (23-25 March) which will start the 2018 Formula 1 season, but between now and then there will be the presentations of the new racing cars and the twelve days of tests to develop the new cars in the light of the first commitments outside Europe which will give us the first taste of the season to come. It will begin in Catalonia with a good eight consecutive days of tests (February 26 – March 1) to then return to the track, again in Barcelona, from March 6 – 9.

On the presentations front, Ferrari will lead the pack with a ceremony booked for Thursday February 22, before leaving for Spain where Red Bull, Scuderia Toro Rosso, Williams and Haas will take off their covers. Williams also has to resolve the riddle of the driver who will replace Felipe Massa at Lance Stroll’s side with Sergej Sirotkin holding a lead on Robert Kubica.

“It will be a very important season since we have a number of drivers reaching the end of their contracts that must give their all to be reconfirmed in the team, or to draw the attention of others.”

Last year Ferrari confirmed Kimi Raikonnen for a year, while Red Bull’s contract with Daniel Ricciardo expires at the end of the season, just as Mercedes’ contract with Valtteri Bottas, Haas’ with Romanin Grosjean, Force India’s with Sergio Perez and it is Fernando’s last year with McLaren.

“The motors are still off, but 2018 already looks to be a very animated year, above all in the first part. Raikonnen’s renewal came at a particular moment and, in my opinion, dictated mainly by the need to satisfy Vettel’s requests, but in the final part of the season the Finn was decidedly unstable. To win the constructors’ world title and to try to beat the German dreadnought two stable drivers are needed. For this reason there could be an approach as soon as this season in light of 2019” continued the manager from Faenza.
It will also be Fernando Alonso’s final year with McLaren which, after three troubled years with Honda, will have Renault power-unit but keep an eye at what could also happen with the smaller teams where it is possible to emerge as happened with Minardi. It will be interesting to follow the debut of Charles Leclerc at the wheel of the Sauber”

2018 promises to be a season full of twists and turns and many Team Bosses will be called upon to manage the rivalry between their own drivers to the best of their abilities. If you want to know more, just ask Force India about the extremely heated clashes between Ocon and Perez.

F1 | Sirotkin vs Kubica, Minardi “The end of a fairytale”