Blog - Latest News
You are here: Home / F1 / F1 | GIAN CARLO MINARDI “FERRARI MUST NOT LOSE SIGHT OF ITS OBJECTIVE”... 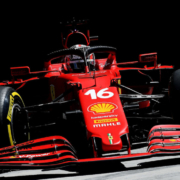 After two grands prix on street circuits we return to a permanent circuit in which Mercedes has always done very well. It is a track with paved escape routes and characterized by two long straights and 15 curves that should certainly favour the two Mercedes. Verstappen can try to defend himself but it will be difficult for Red Bull to oppose them. The heat, as well as the wind, will be two characteristics that should not to be underestimated but I do not expect an exciting grand prix.

Ferrari comes from two positive results in which it showed positive growth and at the Paul Ricard the team is called to an important test in the fast curves but it must not lose sight of the objective of the third place in the World Championship by trying to oppose a McLaren that in the last two rounds has not exactly been up to par.

It will also be interesting to follow the development of Vettel and Alonso who at Baku put on display all their experience, especially in the re-start. For Vettel the podium will be a nice breath of fresh air and I hope he really has recovered from the crisis. By going from Ferrari to Aston Martin this year he has put himself in discussion. Unlike Monte Carlo and Baku, Le Castellet is a track where the car and engine are fundamental. The driver’s skill can make less of a difference.

THE POINT BY GIAN CARLO MINARDI “MERCEDES IN DIFFICULTY’”