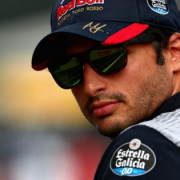 Everything went according to the script. It was an open secret over the last few weeks and at Singapore came the shower of official releases which completed the mosaic, launching a 2018 season which will be rich with new developments in the technical field.

After three rather disastrous seasons the wedding between McLaren and Honda came to an end (more than 200 penalties inflicted on the grid) with the English team ready to embrace the next three seasons (beginning in 2018) with the Renault engines freed by Toro Rosso. In order not to abandon the Circus, the Japanese colossus in turn had recently reactivated its contacts with the team from Faenza and today announced a three year agreement.

“These were positive moves for Formula 1. On the one side the arrival of Renault at Woking could bring McLaren to the upper reachees of the ladder pointing towards becoming the third-fourth force in the world championship beginning already in 2018”

“Despite Honda’s obvious difficulties the three year agreement with Toro Rosso is very important as it brings an important guarantee to the team. A second string team will be able to count on the technical and financial support of an official house.

“In recent seasons Toro Rosso changed many suppliers, slowing down the planning and development of the racing car. I personally experienced this situation. To find yourself in September, or worse still in November, without an agreement is destabilizing for the team. I hope that the Japanese find the right road” was the analysis of Gian Carlo Minardi, interviewed at the microphones of www.minardi.it after the official communiqués that came from Singapore.

There was also news from the drivers’ front. After three seasons the Spaniard Carlos Sainz will say goodbye to Italy’s Romagna region to move to Enstone taking Jolyon Palmer’s place at Nico Hulkenberg’s side. Despite the indiscretions that spoke of a turnover beginning this year (from Sepang) the Spaniard will transfer to the Renault team only beginning at the Australian Grand Prix and remaining under contract with Red Bull, thus surely forming a very interesting pair with the German.

“Renault must keep out of this tricky situation. An official house cannot find itself struggling for the seventh/eighth place caught in the middle of client teams. The first step is working on the pair of drivers. There will surely be other moves. Today some of the most important pieces of the 2018 puzzle were put in place.

The excellent work by Giovanazzi for the Haas team must be emphasized, closing within a few tenths of a second from Grosjean as he undertook the practice aimed for the grand prix” concluded the manager from Faenza.

F1 | Gp Singapore, THE POINT by Gian Carlo Minardi “A great pole was...
Scroll to top