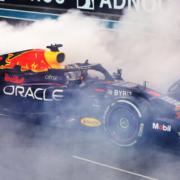 The last day of “school” has arrived for Formula 1 which gave us a fascinating and tight grand prix right up to the final lap. An unstoppable Max Verstappen took the win ahead of an excellent Charles Leclerc who won his personal challenge for second place with his direct rival Sergio Perez.

Despite the difference with the Red Bull Perez took a feat to its conclusion, also supported by correct strategy by the men on his wall. Ferrari took second place in the constructors’ title ahead of Mercedes after having finished last season in third place. An important step forward to try to race for first place next year.

As we had predicted, a swallow does not a spring make and Mercedes went back to what it was before Mexico. Since the start of the season they were the protagonists of significant growth but in Abu Dhabi whey were not able to replicate the performances seen in Brazil.

Now for the holidays, even if the time available is very short as on March 5th we start again with the first of the twenty four grands prix in 2023. A new year awaits us with many changes on the grid between changes of colours and new arrivals. I am very pleased to see two drivers on the track who worked hard in the lower formulas to force people to respect them such as Oscar Piastri and Nyck de Vries who already on the occasion of the Italian Grand Prix in Monza gave us a first taste of his potential by taking ninth place on his debut in the little competitive Williams.

Having said goodbye to Latifi the English team is getting ready to welcome the third debutant, the American Sargeant who in race 2 of Formula 2 obtained the points for the Superlicence thus completing the 2023 mosaic. Despite a few “old men” on the starting grid has been rejuvenated

The affection shown by the world of Formula 1 to Sebastian Vettel who finished his career in tenth place was very nice.

The test day on Tuesday dedicated to the young drivers is to be followed closely. Despite all the teams being projected towards the new year we will be able to make a comparison with what we saw this weekend.