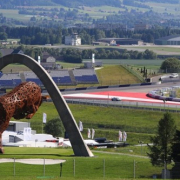 Formula 1 is coming to Austria, a track that is as fast as it is short in which a lap is completed in little more than a minute. Last year Bottas’ record was 1’03” and this weekend it will almost certainly be adjusted downwards.

We are talking about a track in which traction and braking are important components, just as the tyres are particularly stressed. For the first time the three top teams have opted, at least on paper, for a different strategy with Mercedes bringing 9 sets of Soft against Red Bull’s 8 sets with Verstappen and Ferrari’s 7.

In light of the Ring’s technical characteristics we hope to see a more hard-fought grand prix and less boring than what we saw in France last weekend. Being at an altitude of 667 metres the atmospheric conditions, together with the entry of the safety car, could be important variables to be taken into consideration.

Everyone will certainly have to deal with this super Mercedes that is about to break every record. If the forecasts are not met, as we saw in Paul Ricard, Ferrari will have to be wary of Red Bull. Behind them however, there is an interesting tussle with the growing McLaren in the fight for fourth place between the Renault powered constructors. We hope that this weekend too will not be conditioned by penalties as happened in the last two grands prix. Just as with Vettel, the decisions concerning Ricciardo in France seemed too harsh to me.

F1 | Vettel-Hamilton, MINARDI “The decision was too hasty”