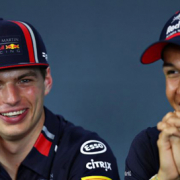 We have started the week of the Belgian Grand Prix. The scenographic Spa-Francorchamps track will host the thirteenth round and Red Bull and Scuderia Toro Rosso gave us the most important news with the swap of Gasly/Albon. I am talking about turnover and not downgrading since it seems a plausible act to me between two teams with the same ownership, especially with an eye to the future.

Red Bull already knows the level of Kvyat who was the author of a podium finish in Germany, while it still does not know the full potential of the very young Alexander in his first season in the world championship. I think it is correct giving this opportunity in the light of 2020, especially when it has the possibility to take advantage of the resources “in the family”.

Red Bull Honda is growing strongly even if it must deal with the penalties on the motor front and with this action they want give themselves an advantage for next season in order to be more competitive and winning.

Last year in Spa-Francorchamps Ferrari scored an important win with Sebastian Vettel and we hope that this could be a good omen for this year as well. Some sections of the track are certainly an advantage for the “red car” even if Red Bull will be a tough and important adversary. We are faced with a championship that has little more to tell us on the final result with Mercedes and Lewis Hamilton launched towards his sixth World Championship but a win by the team from Maranello could be a good visiting card for the Italian Grand Prix scheduled for the weekend of September 8th.

There is an exciting duel behind the top three teams with McLaren in the lead as the fourth force in the world championship with 82 points, in front of Toro Rosso (43 points) that must try to not nullify the work carried out up to now by defending fifth place from Renault (39 points).

F1 | Gp Hungary, MINARDI “The real contest is behind Mercedes, Ferrari and...