Blog - Latest News
You are here: Home / The Point by Gian Carlo Minardi / F1 | Gp Belgium, THE POINT by Minardi “Hamilton wins but Ferrari a... 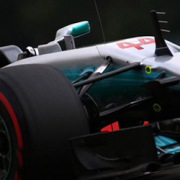 Spa-Francorchamps gave us the answer we expected from Ferrari. It was an important second place for the team and for Sebastian Vettel (who just renewed his contract for three years) since he knew how to defend the leadership on an unfriendly track. Not only was a Mercedes double avoided, but Raikonnen finished in front of his countryman despite excessive severity towards him by the marshals.

Hamilton and Vettel, two great world champions, battled on the edge of thousandths of a second as was seen by the Ferrari driver’s fastest lap of the race in the 41st lap which gave him the new track record after the fantastic pole position (the 68th and a record time) by the British driver who equalled Michael Schumacher.

It was a great business card for Ferrari in light of the next grand prix at Monza, which will be the first organized directly by ACI (the Italian Automobile Club) and for which the ticket sales are going really well. At this moment Mercedes’ true ace in the hole is the overboost as we saw, particularly at the start and the restart after the departure of the Safety-car.

If the 10 second Stop and go penalty given to Kimi Raikonnen for not having slowed down under the yellow flag after Max Verstappen’s exit (his car was already at the side of the track) seemed excessive to me, I think the moment has come for FIA to make a decisive and heavy intervention in regards to Ocon and Perez in order to end this contest of wills before someone gets hurt. What we saw on track was much more than a contest between two drivers. Force India is showing us that it does not know how to manage its two drivers.