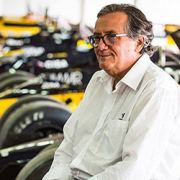 After having won its fourth consecutive constructors’ title at the Austin grand prix and having celebrated Lewis Hamilton’s driver’s title the weekend after, in the last two rounds of the season Mercedes will try to hit the jackpot. The only thing it lacks is the double in the driver’s championship. Today the only driver between Hamilton and Bottas is Sebastian Vettel who can count on a fifteen point advantage over the Finn.

Mercedes has nothing to lose so it can squeeze the car and the power-unit for what they’re worth at both Interlagos and Abu Dhabi to help its drivers prepare for next season when the teams will only have three motor units available per driver. The number of motors will decrease but there will be more circuits and kilometres to run. It is surely a great challenge for all the motorists, where the Germans are the masters. As I have already said, I am not in favour of this technical decision since it will lead to a big increase in costs (instead of a decrease). Everybody will be working to reach maximum reliability and the problems suffered by Renault in the latest grands prix are one example.

It is an awkward time for Ferrari as the team is called to make changes and the possible loss of second place could create a few problems of stability and serenity within the team.

So we come to Brazil. Interlagos is the championship’s penultimate race on a short and fast historic track that also this year could reward Red Bull’s chassis. Last year’s pole will certainly be beaten but the drivers will have to be careful of the traffic. The weather could once more play a decisive role. The struggle between Toro Rosso, Haas and Renault is still open. TR starts with a disadvantage even though it may already be aiming for 2018 when it will have the new Japanese power-unit. We expect a weekend full of twists.

Formula 1 of the future, Minardi “Plaudits for Liberty Media, but it is not...