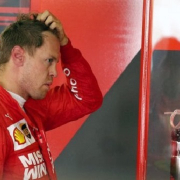 I do not agree that a race as tight as the Canadian Gran Prix with three drivers within a bare 6” after 70 laps should be ruined by judge’s decision. These decisions are killing Motorsport.

We saw a hard fought race between two great drivers. Vettel certainly made a mistake by coming long into the bend, which in a race as frantic as this one could make sense, just like the struggle between drivers who are part of the history of this sport.

I am not worried about the points lost be the German in view of the world championship but about these decisions that compromise the credibility of Formula 1.

I had not seen such big gaps in a long time. Behind the first three drivers, Bottas paid with a gap of 51” which rose to 57” at Verstappen’s expense who finishing fifth over the line and in front of Ricciardo, the first of the lapped drivers and the second Renault driven by Hulkenberg. A point for Kvyat with Toro Rosso completed the top ten with Gasly (8th) and Stroll (9th).

Before closing I find Kevin Magnussen’s declarations to his team improper when he said that he had never driven such an ugly car. Pity that he was the one who destroyed it against the wall and that his mechanics had performed a miracle in rebuilding it to give him the chance race the GP.

This is all for this evening but I will give you an appointment in the next few days to go deeper into the episodes of this seventh round of the world championship in Montreal.

F1 | GP Canada, MINARDI “The haemorrhage must be stemmed”

F1 | Vettel-Hamilton, MINARDI “The decision was too hasty”
Scroll to top