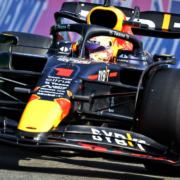 Although there are still ten races in the calendar with this win Max Verstappen has forcefully put his hands on his second world championship. For Leclerc the 63 point gap really is a lot.

Sincerely, it is a real shame because we are facing a winning and competitive Ferrari but it must still grow up in order not to make these mistakes any more. They were not perfect in the pit stop again today and the one who paid the price was an excellent Carl Sainz who was able to recover from fifth place twice overtaking extraordinarily the expense of Russell and Ocon, passing them on the outside at Signes. And it was equally beautiful when he overtook Perez before the last stop.

On the other hand, it was a monumental mistake by Leclerc (which reminded us of Vettel’s episode in Germany), up to that point he had certainly been perfect. In the present time both he and Verstappen have no other rivals. They have an extra gear, even if the driver from Monte Carlo (together with the team) must make a leap in quality to become the champion he deserves.

Taking advantage once again was a Mercedes in strong growth. Beyond the double podium (second place for Lewis Hamilton and third for George Russell) they paid a gap of 10” from the winner. It will be interesting to see if they manage to repeat themselves also on other tracks.

It could become the third wheel of the fight for the world championship, even if Verstappen can start to manage the strong lead.

They will be back on track in a week’s time with the thirteenth grand prix on the Hungaroring track.