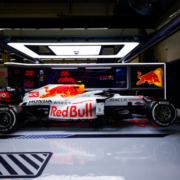 We have entered the final part of the season and the last seven grands prix, as planned, will be in the search for reliability. All the teams that have taken advantage to the fullest all three of the units are evaluating which will be the lesser evil: not incurring a penalty and running the risk of not finishing the race or attempting a comeback from last place on the grid by mounting the fourth power-unit.

In Red Bull and Mercedes this choice was made in Russia with an excellent result for Max Verstappen who managed to recover up to second place also thanks to the arrival of the rain. Due to its characteristics, the Istanbul track could also favour this solution. Certainly Lewis Hamilton is on early warning after the problems suffered by Bottas and Latifi.

Even Ferrari opted for this solution by choosing the change for Sainz’s car. They are working a lot on the new engine in light of the next ban.

On the compounds front, Pirelli brought the C2-C3-C4 compounds but the organizers have cleaned the asphalt with hot water together with a strong jet making the asphalt more abrasive. This could lead to a race with two pit-stops rather than just one.

The challenge between McLaren and Ferrari for third place restarts with the team from Maranello in front of its rivals by a point. Red Bull will honour the partnership with Honda with a fully revamped livery. We expect an interesting grand prix on both the spectacle and technical sides. Friday morning’s practice could already give us the first confirmation.

F1 | GP RUSSIA, THE POINT BY GIAN CARLO MINARDI “ONE OF THE BEST SEASONS....

F1 | GP TURKEY, THE POINT BY GIAN CARLO MINARDI “VERSTAPPEN AND HAMILTON CAN...
Scroll to top