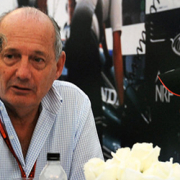 McLaren continues to lose important piece the day of the presentation relentlessly approaches as well as the first official tests on the track at Barcelona. After Ron Dennis’ estrangement at the end of last year C.E.O. Jost Capito and team manager David Redding also left the Woking factory.

These signals are synonymous with the internal collapse of a glorious team, a symbol of Formula 1, which is passing through an important phase of changes of management and ownership. Considering his past Jost Capito could have been an important figure. His departure, together with that of the team manager tells us of moments of tension within the team. Over the last few days we had hinted at the possibility of an agreement between McLaren and BMW on the Circus front as well, but it was denied by the team from Bavaria. A hint of hope had appeared which disappeared just when chaos ruled within the team.

At this moment Formula 1 cannot allow itself to lose a team such as McLaren. It was once an expert puppet master that controlled the strings very well. Now Liberty Media is called to undertake a sensitive task.

2017 is a delicate year for McLaren, but above all for Honda. The winter tests will give us the first answers, even though I do not have much faith in the Japanese constructor.

Kart | Karol Basz amongst the points in Adria in the first round of the...

F1 | McLaren sheds light on its reorganization. Minardi “I agree with...
Scroll to top