Blog - Latest News
You are here: Home / F1 / F1 | Kubica-Williams, the contract is near. Minardi “Robert deserves a... 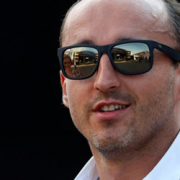 With the Adu Dhabi Grand Prix in a week’s time the curtain will fall on the Formula 1 world championship which saw Mercedes win for the fourth consecutive time and also gave Lewis Hamilton his third world title under the star from Stuttgart, thus reaching his direct rival this year Sebastian Vettel.

The time has not yet come to send the 2017 racing cars into retirement since there are still two Pirelli testes in the programme after the GP to try out the 2018 tyres and amongst the protagonists should also be Robert Kubica in his first outing in a new generation car after his two test sessions with the team from Grove at Silverstone and Budapest and the direct confrontation with Paul Di Resta. He is one of the pretenders the place that Felipe Massa will free next week. The Pole seems to be the favourite, even thought there is still Werlein in the shadows, now almost certainly to be unloaded by Sauber in favour of Leclerc.

There is great suspense on Kubica’s return after his accident in 2011 that kept him away from the Circus, although there are a number of contrasting opinions. The most recent are those of Jacques Villeneuve and Juan Pablo Montoya with the Canadian 1997 World Champion pointing the finger at the matter of safety.

“Most of the sporting world is with Robert and hopes to see him amongst the protagonists in F1, as do many fans. I truly like him a lot and I would like to see him as a leading actor. During his recent outings he set important results with his times and this makes us hope for the best. The Abu Dhabi test will be another exam, also because he will be able to put himself to the test with a racing car of the latest generation, as well as giving us a direct comparison with the other times” was the analysis by Gian Carlo Minardi, “there certainly are other matters to resolve. Considering his damaged hand, the biggest problem will be the hand holds on the wheel.”

F1 | Minardi "This year Ferrari has all the papers to once more dream...
Scroll to top