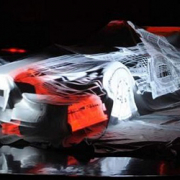 The covers have not yet come off the racing cars (which begins on February 20th) and we have not gone onto the track for the first preseason testing  (the first session is booked in for February 27th to March 2nd at Montmelo), but with the exception of Mercedes a certain level of nervousness is seeping from the factories.

While everyone at Brackley is sleeping comfortably because they are all ready for February 23rd and look forward to the first test session with confidence due to the results of the simulations and in respect to the construction of the cars to be entrusted to Lewis Hamilton and Vallteri Bottas, at all the other factories there are significant delays, as well as problems in analyzing and comparing data from previous years. The Team from Maranello will reveal Sebastian Vettel and Kimi Raikonnen’s new weapon on Friday February 24th at Fiorano and from comments by engineers they are already working on the B version to make its debut when the World Championship reaches Europe as they are not satisfied with the results of the wind tunnel testing and the simulations. This all creates tension.

I would be careful about playing the Last Post and dressing in mourning. There are rumours doing the rounds of the pubs and the mobile phones are ringing continuously. We await the results of the first round at Barcelona.

As Nikki Lauda believes, I am convinced that the teams are keepings their cards well covered until the first day of testing to discover the forces at play with the objective of gathering the most information possible to be able to develop and modify the cars in anticipation of the first Grands Prix.

Let’s not forget that we are waiting for FIA’s reply on the interpretation of the regulations and on the plans of the new owners.

F1 | McLaren sheds light on its reorganization. Minardi “I agree with...