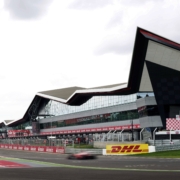 Silverstone is ready to write an important page of Formula 1 history. For the first time the starting grid of a grand prix will not be defined by the result of qualifying but instead from the Sprint Qualifying Race that will be run on 5.30pm Saturday over a distance of 100km assigning 3, 2 and 1 points to the first three qualifiers. Qualifying is scheduled of Friday 16th (from 7.00pm) and will establish the starting order of the Sprint Qualifying Race. It will be interesting to see the strategies the top teams will adopt. This will represent an important occasion for the second tier teams.

This will not be the only new development in the British weekend. After the approval of FIA’s World Motor Sport Council Pirelli will bring to Silverstone rear tyres with a new construction that will be used until the end of the season.

But an eye must also be turned to the driver’s market, especially in Red Bull which has set its sights on Charles Leclerc to be put alongside its favourite Max Verstappen. Despite the win in Azerbaijan and third place on the ladder Perez’s place in the team may still be in question.

On the track front the challenge between Verstappen and Hamilton is renewed with an eye on the second drivers who will be essential for the fight between the constructors. Mercedes is behind also in this situation and at Silverstone it must do everything to try and reduce the gap or at least not loose further ground from RB.

In short, there are many ingredients to start to draw the guidelines for the Formula 1 of the near future.

#F1SPRINT, GIAN CARLO MINARDI “ THE FIRST WAS GOOD, BUT…”
Scroll to top