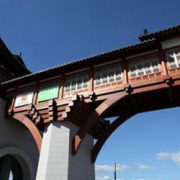 Sebastian Vettel and his Red Bull sealed two wins out of the three editions of the F.1 GP, which have been played out at the Corean circuit of Yeongam until now. His Ferrari’s rival Fernando Alonso had the honor of taking a win in the 2010 first Korean GP.

All the potential deployed by the German driver and his team until now, could make us think that the World Championship’s final result is already written, even because the team and the driver’s advantage over rivals is remarkable, so only unconceivable events can turn the situation around. Despite that and the fact that the 2014 season will be a very demanding one for what concerning engine, aerodynamics and tyre degradation, Ferrari, Mercedes, Lotus, McLaren and Force India won’t raise the white flag, since the constructors’ championship is still open and we have Maranello fighting against Brackley for the second place and McLaren fighting against Force India for the fourth place.

The Korean GP will be a very important race and it will be tactically very different in comparison with the past season, as the Pirelli will bring Supersoft and Medium tyres, instead of Supersoft and Soft tyres like it happened last year. As far as the weather is concerned, the Korean GP will be characterized by hot weather and, perhaps, sudden storms. Despite the fact Korea will continue to be one of the 2014 F.1 Championship’s venues, the Asian track’s future is not so bright and there could be some troubles in the future. With regards to next season, the FIA World Council made official the 2014 F.1 calendar, which consists of 22 GP. It will be a very demanding season not only for drivers but also for the team’s staff who will have just a little time to recharge his batteries. I hope small teams will have enough resources to meet next year’s challenge and I also hope that they’ll be good at managing those resources.

Talking about the 2014 F.1 season, it seems that Ruben Barrichello will make his return to F.1 alongside Sauber team, along with Sirotkin. Rubens is a very experienced driver for sure, but, to be honest, I think it will be difficult for him to become a f.1 driver again, even if, considering the importance of Brazil for the international market and for the audience, the golden-green flag will continue to light up the F.1 Championship. I will look favorably Felipe Massa’s presence in the F.1 Championship, since the Brazilian is a very experienced racer. I will also look favorably the fact that a new driver such as Felix Da Costa will join the circus. The young driver is probably expected to replace Ricciardo in Toro Rosso. Felix Da Costa’s arrival would represent continuity to the Red Bull young drivers program. But it is still too early, everything can happen.