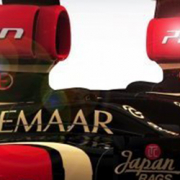 Some teams have already taken their decision about the 2014 season’s line-up, just like Lotus. After leaving Williams, alongside which he drove a “grim”2013 season, Pastor Maldonado, who took a win in Spain in 2012, joins the Enstone-based team alongside an already-confirmed Romain Grosjean.

Grosjean’s second part of the 2013 season was very intense and rich in results, as he finished 7th on 132 points, behind Nico Rosberg: “I’m very happy to have been reconfirmed and have the opportunity to continue to drive for Lotus F1 Team. The 2013 season was rich in satisfaction for me. We’ve worked a lot together and I know everyone has fought hard to try to score points, nothing was left to chance. I can’t wait to drive the new car and go to Australia for the first race.”

The Venezuelan driver was a much sought-after driver by many teams, especially for the great financial support he is able to bring to a team. After the negotiation with Quantum failed, Eric Bouiller has probably thought about signing the talented Venezuelan driver (who can ensure a great financial support) to partner with a matured Grosjean. “It’s a great opportunity for me. It’s not a secret that I wanted to change to make some progressions in my F.1 career. Lotus F1 Team is the best opportunity for me, for sure. Next season regulations and cars will change a lot, so this is the right moment to start a new adventure. I just can’t wait to start.”

Now, only Force India and Sauber’s seats are still unassigned and Hulkenberg, Di Resta and Perez haven’t signed a contract yet.

Rigon scored the second place in the FIA WEC’s last round in Bahrain and 8Star...
Scroll to top