Blog - Latest News
You are here: Home / Championships / A POINTS FINISH FOR THE THIRD TIME FOR BHAI TECH 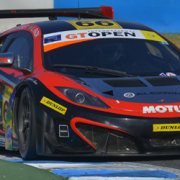 Bhai Tech Racing got good results again. After scoring the first points at Portimao and getting a double win in the GTS class at Nurburgring, the Mestrino-based squad almost got a podium finish at Jerez, where the International GT Open’s fourth round took place last weekend. The Italian/Brazilian’ s duo Pantano and Suzuki took fourth in GTS (eighth overall), after setting the best time in the class (third overall) during the qualifying race with the racing crew #66 Van Der Drift/Razia.

In the Jerez hot weather, the weekend started in a good way for the squad directed by the engineer Mr. Costa. During  free practice ,the team put into practice all the hard work done in the test session; both duos kept a good pace throughout the weekend and led the two McLaren MP4 -12C  to the standing’s points zone. In the first round, the four drivers Pantano/Suzuki and Van Der Drift/Razia made a stunning recover. Started from the ninth row of the grid, the “Bhai Tech Boys” made several good passes and finished 8th and 9th. Excitement was ruined, as both cars got a 10-sec penalty due to non-compliance with some handicaps.

In the final round Giorgio Pantano and Rafael Suzuki made no mistakes and drove an intelligent race finishing in the top 10, scoring important points for the Championship. Unluckily the other duo saw his race been ruined, as Razia span into the gravel just two laps before the end “We kept a good race pace throughout the week end”, says Mr. Costa the engineer “We put into practice the work done during the test session, but we got less than we deserved to get. The turbo engine suffered Jerez hot weather and sea-level pressure. Furthermore, after Nurburgring double win, both duos got a 2-sec- handicap in both races. The car balance was very good and we continued to develop. In race-2 Giorgio drove an intelligent race; when there wasn’t traffic on track and he was setting very good lap times, we decided to extend his stint and postpone Rafael’s drive turn. The Brazilian driver took fourth in GTS. Unfortunately Razia’s mistake frustrated Van Der Drift’s recover. He wanted to move up the pass but it turned out badly”, says the technical director.

Both cars are on their way back to the Advanced Vehicle Science Centre “We’ll be back to work next Thursday to get ready for next round at Silverstone”, ends Costa. 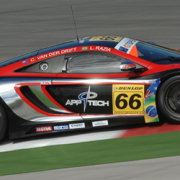 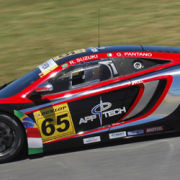 Interview with the manager Giovanni Minardi
Scroll to top