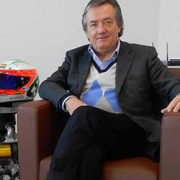 I want to begin with a cold, strict analysis about Ferrari which in any case managed to worry the German fortress during the season by scoring five wins and second place in both the drivers’ title with Sebastian Vettel and in the constructors’ titles, laying the foundation for trying to become again a winning team, even though, in the light of the results in Abu Dhabi, it will not be easy against this Mercedes.

Mercedes managed to put away another exciting season with Valtteri Bottas’ win and the double, building up a twenty second lead from the first of the, Sebastian Vettel, which equals an average advantage of 0.35 of a second per lap, which even reached 0.8 of a second at Kim Raikonnen’s expense (more than 5 tenths of a second behind his team mate and fourth place at the finish). It would be interesting to understand why Vettel’s performance seesawed during the race.

These numbers should make Ferrari think about two things: on the technical/mechanical side and also on the drivers in considering 2018 and a winter which are both expected to be intense, hot and very short since there are only twenty weeks before the next preseason trials. We also hope to see an Italian driver on the grid.

We saw a grand prix that was certainly not spectacular (except for the scuffle between in the back lots between two ex teammates, Alonso and Massa and also between Stroll and Grosjean). We saw the last verdict on Renault’s inevitable jump in the ladder into sixth place at Toro Rosso’s expense which in turn was able to defend itself from a lacklustre Haas.

Red Bull too has a lot of work to do between now and February considering the more than 40 second gap from Verstappen (fifth at the finish) in regards to Mercedes’ Finn driver.

For all the other teams and constructors these will be intense months due to the increase to the number of grands prix (from this year’s 20 to 21) and the decrease in the number of Power-Units available for each driver (three). Now most of the Principal Teams are accusing the regulation that they themselves approved. I wonder, where were they or what were they thinking when they considered these changes? Only Mercedes can look to the near future with some calm. Meanwhile, at the end of the grand prix Liberty Media presented F1’s new logo…