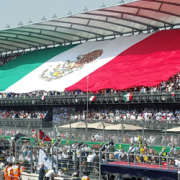 It’s already time for the Mexico Grand Prix. We come to a peculiar circuit which is more than 2,000m above sea level and requires a suitable configuration of the power-unit with a straight that is so long that in 2016 Bottas set a new speed record of 372.5km/hour with his Williams. Last year we experienced a decidedly chaotic weekend with a number of penalties which changed the final ladder. A little like what happened in Austin last week.

Nonetheless I hope that it will be a tranquil weekend which will be open to various evaluations. In regards to today’s F1 an intervention on the work group around the race director, which should be the same for the entire season, is a priority. Only in this way will it be possible to limit the damage as much as possible errors of evaluation in individual race episodes. Having the same group would have a single metre of judgment and thus avoiding unpleasant episodes which surely do no good for the image of this sport.

I am convinced that Liberty Media should intervene in this very area together with the other changes that it is introducing and is also considering to increase the Circus’ appeal. In fact, there are rumours of increasing the number of grands prix to 25 and eliminating Fridays practice session. 25 grands prix would be a great commitment for both the protagonists, the teams and drivers, as well as for the spectators.

Going back to the grand prix, Pirelli left home the medium mixes it used last year and make space to Soft, SuperSoft and UltraSoft. It is a grand prix in which Ferrari must think about defending the title of vice champion in the drivers’ and the constructors’ championships, especially from Red Bull which last year went very well. It will be an uncomfortable and very strong client also this year.

After having celebrated the constructors’ title at Austin, Mercedes will try to double the celebrations with the drivers’ title. After the success in Texas Lewis Hamilton is truly just a step away. The struggle that is still very open is that for fifth place in the ladder with four teams within a handful of points. Toro Rosso will again start with a new line-up. The point gained at Austin was not enough for Kvyat to earn confirmation and the trust of Red Bull and he will make way for the return of Gasly at the side of the 28 year old Brendon Hartley.