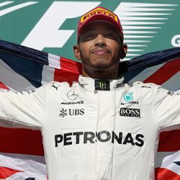 With the win in Mexico Max Verstappen capped an almost perfect weekend in which the only thing missing was pole position which slipped his grasp thanks to an equally fantastic Sebastian Vettel. Red Bull’s Dutch driver was the protagonist of a great start which was also helped by his own recklessness and by being free of pressure. In fact, compared respect to Hamilton and Vettel he had nothing to lose and then he conquered first place arrogantly by then setting the pace,

It is a world championship that reflects the forces in the field with Red Bull in full-growth and Renault working very well in light of 2018.The initial contact was a normal racing incident, even though it deprived the race of its two top players. Bravo Vettel who managed to climb back to the base of the podium although sadly it was not enough for him to keep open the title race which finished in the hands of Lewis Hamilton for the fourth time. The two zero pointers weighed heavily on the title.

Even the driver’s title has been assigned, but the next two grands prix will be very interesting, above all with an eye to 2018 and, considering that they now have nothing to lose, I am convinced that Mercedes will finally squeeze its car and power-units. The two drivers will be free to fight and we will be able to see their real potential.

A dull race finished well for Mercedes and Ferrari’s second drivers. The podium is always a positive result, but the gap by Bottas and Raikonnen in regards to Verstappen was too wide. Only the problems that hindered their respective teammates gave them the chance to be in those positions. This much is certain.

F1 | GP Mexico, Gian Carlo Minardi “Le’s hope will be a weekend without...

Formula 1 of the future, Minardi “Plaudits for Liberty Media, but it is not...
Scroll to top