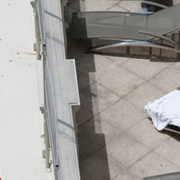 This weekend Formula 1 will stop at Monte Carlo for the sixth round of the world championship. As per tradition, the motors will again light up one day early – Thursday for free practice – and stop on Friday. After Mercedes’ last two wins Ferrari is called to give a solid reply by trying to repeat its 2017 result which ended with a Vettel-Raikonnen double in front of Ricciardo’s Red Bull.

It is indisputable that, based on the results of the first five grands prix (with two wins each for Leis Hamilton and Sebastian Vettel), strategies and mistakes will make the difference. The current gap between the two drivers (17 points in favour of the British driver) is dictated by better placings. On paper Ferrari has favourable two rounds (Monte Carlo and Canada) in front of it and it will be vital to make the most of them.

In addition to the technical battle between Mercedes, Ferrari and Red Bull this weekend in Monaco will be crucial for the beginning of the drivers’ market. The Principality has always been the stage for innumerable meetings, especially during the Friday break, which will draw up the 2019 starting grid and also because, with the arrival of June, the technical programmes tied to the new cars will start.

Leading the list will be Ferrari once more with Kimi Raikonnen whose contract will end this year. Maranello has an option on Daniel Ricciardo who could also arrive at Mercedes in place of Valtteri Bottas. On the other hand Sebastian Vettel does not like the arrival of the Australian (with whom he already shared the pits at Red Bull) and points on an extension of the Finn’s contract. It would be quite amazing if this should happen since, in order to come back and win the World Constructors’ title, Ferrari needs two top drivers and, above all, create a direct clash between the two drivers.

At the present time there are many knots to be undone:

– Red Bull’s contract for the Renault engines is about to end. The French have already let known that they could contiue with the adventure in Formula 1 even without supplying Red Bull with Power Units which, on the other hand, can gather information on the Honda front through Toro Rosso.

– The Brendon Hartley case holds the bench at Red Bull, he is the author of many mistakes and a negative start of the season, above all if compared to his partner Gasly. Pascal Wehrlein’s name has been mentioned (Mercedes driver), but a few hours ago Lando Norris also seems to have knocked on Franz Tost’s door, especially after the arrival of new Canadian capital from Mr. Latifi at McLaren. It would be an unusual scenario as, for the first time, Red Bull could find itself having to look from a driver from outside its own group. At the moment there is only the option with Carlos Sainz who could be called back to remedy Ricciardo’s eventual departure,

– We saw Robert Kubica at the wheel in free practice and the collective tests at Montmelò and he showed how much he is still an important driver for today’s Formula 1 driver. The Pole managed to give the team many indications for the development of the car which is relegating a historic and winning team such as Williams to last place. It is clear that the young choice related to business is not giving the desired results.

– On the other hand Alfa Romeo Sauber is paying the choice of Charles Leclerc. The Monegasque driver has already won 9 points (7 more than his teammate Ericcson). Going to the tracks he already knows has given him the essential peace he needs in order to concentrate on the development of the car, as well as for accumulating the mileage necessary for achieving the feeling between car and driver.

– At Spain we saw also Alberto Giovinazzi at the wheel of the Sauber and the Ferrari in which he was the author of some great work. It would be good to see him on the track regularly.