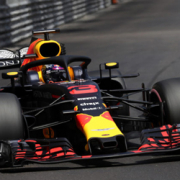 With his win in Monte Carlo Grand Prix Daniel Ricciardo caught up with Hamilton and Vettel with two wins each and the difference in points is only due to the different placings. This opens up an extremely interesting championship with Red Bull becoming the needle of the scales in the struggle between Mercedes and Ferrari.

It will be interesting to see how the team will now behave considering that Max Verstappen is now out of the running. His mistake a few minutes from the end the Free Practice 3 was unforgivable and he compromised his whole weekend. After three seasons I find that mistake unacceptable and those in Red Bull should intervene, also because Ricciardo’s future is drawing increasingly away from Milton Keyes and ever closer to Maranello. Should the farewell materialize, Marko and Horner will have to solve a not so minor problem on the driver’s front, to which must be added the unknown factor of the supplier of the power-unit. They still have an option in Carlos Sainz jr who is currently committed to the Renault Team, but for the first time they may be forced to opt for a driver from outside their orbit.

We saw an extremely technical and competitive grand prix with five cars in the space of six seconds. With these numbers, on a track such as Monte Carlo, it is practically impossible to see overtaking at the top. Ricciardo achieved a win with authority and determination despite the problems with his car and with Vettel and Hamilton catching up behind him.

I am increasingly puzzled by these tyres. The difference lap times with the HyperSoft, UltraSoft and SuperSoft was practically nil.

In two weeks we will be back on track at the Canadian Grand Prix.