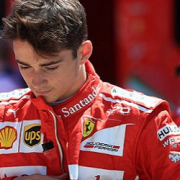 We are quickly approaching the presentation of the new racing cars and the winter tests that will usher in the F1 World Championship. This is a season that promises to be full of new developments and with a starting grid made up of ten (out of twenty) drivers under 25.

It was on this very topic that we chatted with Gian Carlo Minardi who built his career as Team Principal by working together with young drivers.

“Well done having a starting grid rejuvenated so much, despite the presence of some long serving divers such as Raikonnen. We predict a fascinating and interesting season because each young driver that enters into Formula 1 or in a top team brings the will to emerge and to put into difficult his team mate,” was the analysis of the manager from Faenza who sees Charles Leclerc (born in 1997) as a danger for Sebastian Vettel.

“Having a young driver such as Leclerc rather than a satiated driver like Raikonnen will be an important incentive for Vettel who must show that he has left behind negativity of last season in which some mental gaps emerged and come back to being the four times world champion at the start of the season. I consider Leclerc predestined with fantastic natural talent. I hope that, even if in the short winter, that Ferrari managed to take the final step that as missing in 2018 to overtake Mercedes,” concluded Minardi.

Arrivabene-Binotto, Minardi “The proper choice but the new developments are...

F1 | MINARDI “The GPs generates unparalled business, but it is not e...
Scroll to top