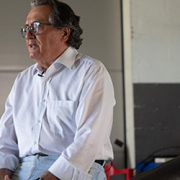 2019 will be a crucial year for many grands prix in the F1 calendar in which Liberty Media’s contract is due to expire and the renewal promises to be long and hard. On the one hand the promoters say they are disappointed and worried about the future caused by the very high costs for hosting a grand prix.

Recently 16 of the 21 organizers met in London to discuss the current situation and to form the Formula One Promoter’s Association that expressly shut the door on Liberty Media to revising the contracts downwards.

On the other side of the barricade F1 boss Chase Carey waved a heavy fist by giving the impression of not wanting to step back. “We will change what we are doing”.

As we know from the Monza contract that will expire at the end of 2019 and despite last season’s record attendance with 185,000 spectators over the three days, the circuit reported a deficit of 12 million Euros. Other circuits are also in the same conditions, like Silverstone what in 2018 brought in more than 300,000 fans and finished in the red anyway. The news of recent days that from next year the organizers of the Mexico Grand Prix will not have public financing puts its presence in the next seasons at serious risk.

There is general disquiet that involves nearly 70% of the circuits,” commented Gian Carlo Minardi who we interviewed, “Many contracts are about to expire both on the circuit and the TV fronts, just like the Concord Agreement. This is a serious time because the teams will struggle to revise downwards the requests in consideration of the continual increases of management costs but Liberty Media is in difficulty with the circuits and the TV with the sponsors asking that the races return to free to air,” continued the manager from Faenza.

“In the ten days of the grand prix F1 manages to generate a volume of about 100 million and losing the race would mean causing major damage to the spin offs that cannot be recovered with another event. I saw it personally when Imola lost its grand prix. However this volume of business does not interest the circuit that with the current contract has only the tickets sales as the sole source of income. This is decidedly too little to cover the enormous expenses for hosting the race. Let’s not forget that the circuits are constantly called upon to make huge investments on the structures”,

“Losing a grand prix means causing great economic damage but it is also true that we cannot continue in these conditions. I have faith in the work by President Angelo Sticchi Damiani who in recent years managed to save the Italian Grand Prix but something must change. We cannot keep organizing an event that is constantly losing money,” concluded Gian Carlo Minardi.

Historic Minardi Day | Is waiting for you at Imola on Saturday 27 and Sunday...
Scroll to top