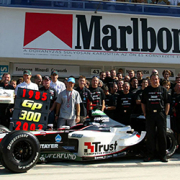 With the Hungarian GP, the F.1 World Championship enters the hot part of the season. There are only 9 GP left after the Hungarian racing week end. Each of them is really important. After the summer break, with the Belgian and Italian GP to be held in Spa and Monza, standing could be outlined.

The Budapest-based circuit looks like a kart track, where overtaking is really a difficult task, even if there will be two DRS zones. Every single mistake is paid twice at the Hungarian circuit. The Hungarian GP will be run after the three-day-test session at Silverstone and new tyres will make any prevision even harder. The Pirelli will provide all teams with tyres which have 2012 season tyre shoulder and 2013 compound. I don’t think it will change anything in terms of forces involved, anyway it will be a further matter of uncertainty.

As we saw in Silverstone, the Red Bull continues to deliver strong performances, but also Ferrari ran lots of km and gained important data to develop the F138. Rigon did a great job and Massa delivered good performances. Mercedes did a good job, as well. The German team could be one more challenger for the victory.

Qualifying will be very important in Hungary, anyway many factors can influence the race, so we won’t have a foregone conclusion. The laps to run are so many and drivers will probably have to pit more than expected because of high temperatures. A sort of lane is usually created on the track and drivers will have to try not to go outside that in order to avoid losing grip. Strategy will play a key role, so it will be necessary to drive a perfect race to get good results.

We’ll see which team has been the best to try to bridge the gap with Red Bull, which delivered excellent performances even at the Nurburgring. The more the Championship goes ahead, the harder it will be for the second-tier teams to enter the top 10. This was clearly displayed by the German GP standing.