Blog - Latest News
You are here: Home / F1 / Tests Barcelona, tomorrow the spotlight will be on the 2018 season 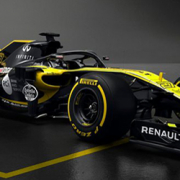 The tradition has been confirmed. Even this year the Montmelò track circuit will see the debut of the new racing cars that were presented over the last few days (with the exception of Force India). It will begin on Monday 26th with the first of two rounds of collective tests each of four days (from the 26th to March 1st and March 6th to 9th) before leaving for the first grand prix of the season in Australia on the Melbourne street circuit.

The teams and drivers will be called upon to carry out a lot of work whose main aim will be the collection of as much information as possible whether aerodynamic (comparing them with those of the wind tunnel and the simulator), as well as the behaviour of the new Pirelli mixes and testing the reliability of the power-units that have to resist the extra kilometres, equal to seven grands prix per unit (to avoid incurring penalties).

According to the weather forecasts the four days will be conditioned by rain and cold with temperatures between 2 and 6°C. If for the moment the fear of snow seems to have been averted, the work of the Formula 1 teams at Montmelò will be accompanied by a wet track on Tuesday and Wednesday while the forecast is for a sunny day for the final session with temperatures around 10°C.

In the Ferrari camp, Kimi Raikonnen will break the ice for the SF71-H leaving the wheel for Sebastian Vettel on Tuesday and Wednesday with the Finn going back on track on Wednesday. Whereas in Red Bull it will be once more Daniel Ricciardo’s turn to get into the car after the unlucky day of filming at Silverstone which ended with the car going off track. The Australian will be on the track again on Wednesday 28th while Max Verstappen will continue the work on Tuesday and Thursday.

Fernando Alonso will begin McLaren’s programme by taking out the MCL33 with the Renault engine for the first day of tests in Barcelona while Stoffel Vandoome will have to wait the following day to begin getting the measure of the new orange and blue car.

As we wait for Mercedes to officialise the work programme for its drivers, Williams has opted for a real relay with Lance Stroll and Sergey Sirotkin (in his debut in F1) swapping places at the wheel of the FW41 by taking to the track for half a day each. In this rotation there will also be space for Robert Kubica who this year will be the test driver. As well as having given the car its first shakedown at Aragon, the Polish driver will take to the track at Barcelona on the afternoons of Tuesday 26th and Wednesday 27th.

Everyone will be looking at Force India, the true revelation of the last two seasons with successive fourth places. Despite not having yet fixed the date for its presentation, it has officialised the programme for its drivers at Barcelona. In the first four days of tests all the drivers under contract will be involved and the debut will be entrusted to Nikita Mazepin, while the regular drivers Esteban Ocon and Sergio Perez will get into the action on the second and third days. Nicholas Latifi will close the programme.

In the course of the four days Brendon Hartley and Pierre Gasly will alternate at the wheel of the Honda powered STR13 and the New Zealander will get the ball rolling. The official presentation of the new car is set for tomorrow (Monday 26th) right in pit lane a few minutes before the start of the session, even though the team itself gave us a preview during the shakedown at Misano.

After having taken advantage of Thursday and the 100km allowed by the regulations for the filming day, Marcus Ericsson will take the wheel of the Alfa Romeo Sauber C37 for its official debut on Monday. The Swede will also be at the wheel on Wednesday 28th, while on Tuesday and Thursday the work will be carried out by Formula 2 champion and debutant Charles Leclerc. The team from Hinwil will work to try to cancel last year’s disappointing season which ended in last place. Romain Grosjean and Kevin Magnussen will swap places at the wheel of the Haas with the Frenchman called to get the ball rolling.

All eyes will also be on the Haas Renault R.S.18. After the publication of the images by the team, the Managing Director Cyril Abiteboul has already stated that what has been seen so far does not reflect the real forms of the new racing car, but only its new colour scheme. All we can do is wait for the first laps of the circuit.

HOUSE MINARDI | Good weather can be seen in the morning